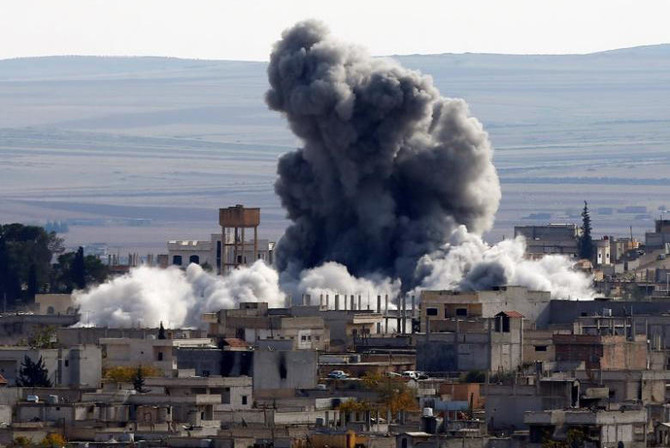 New Delhi: The Pentagon on Friday said that the leader of Al-Qaeda was killed by the US in a drone strike in Syria. The strike comes two days after a base in southern Syria, used by the US-led coalition fighting the Islamic State group, was assaulted.

Army Major John Rigsbee – the Central Command spokesman in a statement said that “A US airstrike today in northwest Syria killed senior al-Qaeda leader Abdul Hamid al-Matar. There were no known casualties from the strike. It was conducted using an MQ-9 aircraft.”

“The removal of this al-Qaeda senior leader will disrupt the terrorist organization’s ability to further the plot and carry out global attacks. Al-Qaeda continues to present a threat to America and our allies. Al-Qaeda uses Syria as a haven to rebuild, coordinate with external affiliates, and plan external operations,” Rigsbee said.

The ongoing war in Syria has created a complex battlefield involving foreign armies, militias, and jihadists. The war has killed around half a million people since starting in 2011 with a brutal crackdown on anti-government protests.

According to the media report, at the end of September the Pentagon killed Salim Abu-Ahmad, another senior Al-Qaeda commander in Syria, in an airstrike near Idlib in the country’s northwest, he had been responsible for “planning, funding, and approving trans-regional Al-Qaeda attacks.

The Syrian government has executed 24 people and sentenced 11 others to life in prison with hard labor for lighting wildfires that burned across the country’s northwest last year, the Syrian justice ministry announced in a statement on Facebook on Thursday.

The people convicted were accused not of arson but terrorism, the government said because their actions caused death, as well as extensive damage to infrastructure, private and public property, farmland, and forests.