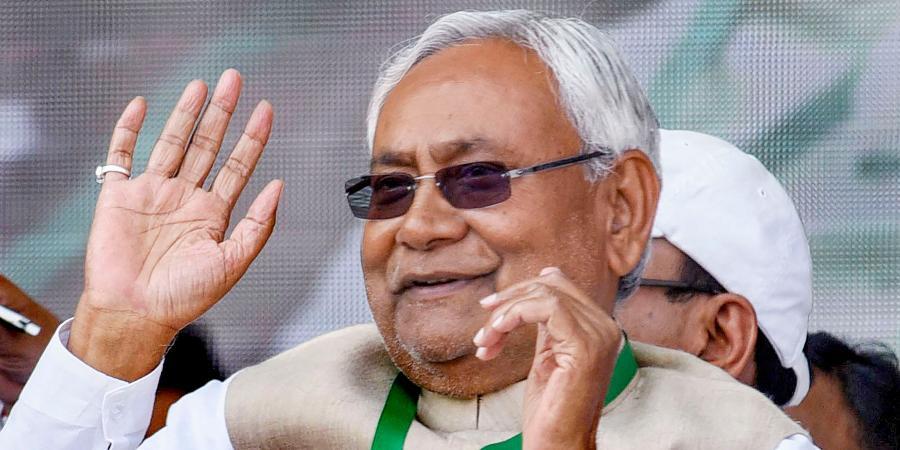 A betrayal in Bihar: Opposition needs a new vision and vocabulary, Not Nitish

A betrayal in Bihar: Opposition needs a new vision and vocabulary, Not Nitish

To borrow a phrase from Franklin Roosevelt, August 9 will be remembered as a day of “infamy” in the history of Indian politics. The 2020 Bihar election was significant in multiple ways: It was one of the first elections not only in India but globally to take place amid the pandemic. It was projected as a litmus test, especially as Bihar saw a large number of migrant laborers coming back from different parts of the country. The result was a clear response from the people to the government’s handling of the once-in-a-century crisis. Shamika Ravi and her team conducted a detailed study on the impact of the pandemic on the voting patterns of the people in the predominantly rural parts of Bihar. The findings indicated a resounding faith in the policies of the central government. A well-strategized national lockdown and the delivery of foodgrain generated a sense of assurance among the people. Therefore, the BJP’s strike rate in the polls was the highest among the political parties.

In the age of social media, no one can run from their past. “Mitti me mil jayenge par dobara aap logon (RJD) ke saath nahi aayenge,” (we will go into oblivion rather than ally with the RJD again), Nitish Kumar had said on the floor of the Vidhan Sabha. Kumar is now compromising on the ideas that were once articles of faith for him. This will be the final nail in the coffin of the JD(U), a party that has failed to provide a holistic vision for Bihar and cultivate a second-generation leadership for the future. Not one Dalit, Mahadalit, or woman leader has emerged from its ranks since the party came into existence. George Fernandes, Digvijay Singh, Sharad Yadav, and Jaya Jaitley had a formidable role in shaping the erstwhile Samta Party (of which Nitish is a product). But Nitish, for his shrewd politics, left no opportunity to insult each one of them. There are no official party events to commemorate the birth and death anniversaries of a stalwart like Fernandes who rose from being one of the most vociferous leaders during the Emergency to a powerful Union defense minister under whose stewardship India conducted its nuclear tests. It was not Nitish Kumar but George Fernandes who was single-handedly responsible for expanding the footprint of the NDA under Atal Bihari Vajpayee.

Questions will be asked about Nitish’s silence over the last two years when he was made the CM despite being from the third largest party in the assembly. His political journey has been nothing but trying out permutations and combinations to cling to power. His ascent into national politics was made possible after the intervention of Vajpayee and subsequently Narendra Modi. The BJP was gracious enough to treat JD(U) as an equal partner until Nitish Kumar announced the breakup — from the distribution of seats in the Lok Sabha election where the BJP had to even compromise by discontinuing sitting MPs to the division of portfolios in Bihar (Home and Education are with Nitish) to the nominations for the members of the Legislative Council. History will not be kind to Nitish Kumar. He will be remembered as a self-serving, power-seeking politician for posterity.

The opposition and its subsidiary intellectual infrastructure who are finding new hope in Nitish are unmindful of the fact that this hope is highly misplaced. They fail to realize that Indian politics has changed fundamentally in the last decade. What has not changed is the poverty of Congress’s imagination which is unwilling to look beyond the family. The politics of issues have trumped the politics of identity. The marginalized have become more assertive and aspirational in New India – with Droupadi Murmu, members of tribal communities are seeing a reflection of and a stake for themselves for the first time in the life of our nation. Prime Minister Narendra Modi comes from a backward community and has extraordinary empathy for the issues and concerns of the marginalized. The opposition does not need a Nitish but a vision and a new vocabulary beyond caste, community, and family.

tags: bihar BJP jdu
previous Estonia Closes Border for Russians, Latvia Declares Moscow Sponsor of Terrorism
next The US does not want to harm the Russian people: the US on the visa ban
Related Posts