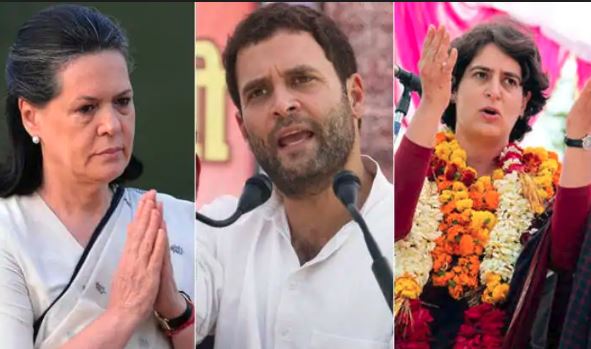 Why Congress’s Caste-Religion Gambit is set to fail in 2019?

Why Congress’s Caste-Religion Gambit is set to fail in 2019?

The first round of 2019 General Elections is over and the voters have demonstrated unprecedented enthusiasm and responsibility. The politics of merit is working well for India. This time the elections are interesting, well elections are always interesting but this time there is something very peculiar that is happening. The only party fighting for full majority in the house is BJP, all other parties including Congress are not fighting elections for a full majority. The rising popularity of BJP in North, West and East has forced congress to rely heavily on UPA partners and other smaller regional parties for sake of a contest, resulting in a very small seat share for itself.

The possible association of parties “Mahagathbandhan” looks to be an impossible task with SP and BSP forming alliance in Uttar Pradesh, Trinamool and CPI going on their own. New comers like AAP are looking for possible partners in the north to start their innings in the Parliament. As majority of parties fighting election are smaller regional parties, Congress faces a unique situation. The Congress likely allies in the center are its competitors in many regions. For example, Communist Party will compete with Congress in West Bengal and Kerala. SP and BSP also to great extent will be competing with Congress in the important state of Uttar Pradesh. The efforts to avoid competing with likely allies has not gone well for Congress, as regional parties having strong holds have not agreed to give up seats. Still Congress has strategically given up on many seats to beat BJP in the final tally. Will this gambit by Congress work in its favor, or BJP with its NDA allies will get clear majority in the house?

Elections in India have been fought keeping caste and religion at the center. This caste and religion politics is the reason behind existence of many political parties, representing a certain caste or religion. Will the 2019 assembly elections also be fought solely on caste and religion? This time it appears that the politics of merit will overtake the caste-religion factor and the maturing voters of India will vote for politics of merit and performance. If this happens, the whole gambit of Congress and many regional parties will fail and NDA will regain central leadership with full majority. And there are reasons for it, Between 2014-19 for the first time the poor – rural voter of India has received benefits that were never delivered to them by previous governments like access to bank account, AADHAR linked subsidy benefits, Urea Policy, Pradhan Mantri Aavas Yojna, Ujjwala Yojna, MUDRA, Rural Infrastructure Development and health schemes like Ayushman Bharat. These central government schemes have Crores of beneficiaries and these people are likely to vote for performance and merit in 2019. The whole strategy of opposition to fight on specific seats is based on caste and religion, if Indian voter as it appears now, votes for politics of merit, the NDA led by BJP is likely to secure full majority in the house.

The reason being, BJP is set to do well in Gujarat, Rajasthan, MP, Maharashtra, Karnataka, Haryana, Himachal Pradesh, Jammu and Uttrakhand. The assembly elections in some of the states have not gone well for BJP last year but, the massive seizure of cash recently will change sentiments for BJP in a positive manner. Also, the voters have become mature enough to treat local and national elections differently based on local and national issues. With PM Modi being viewed as a strong and honest leader by many, and complete lack of

face on the opposition’s part, the voters in dilemma are likely to support Modi in many states. Also, the results of West Bengal and North-Eastern states are likely to bring in a pleasant surprise for NDA looking at voting numbers. BJP’s strong groundwork in Odisha is also likely to yield this time. Considering these factors, even if the caste-religion politics work for opposition in certain pockets, the overall Modi wave in the country is likely to hold and BJP along with its NDA allies is likely to form government in 2019.