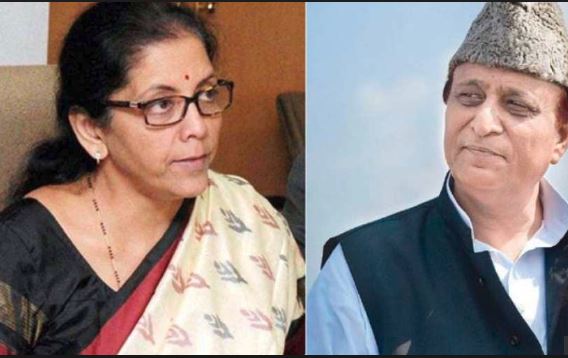 Sitharaman talked on the rampant sexism in politics in light of Azam Khan’s recent comments on BJP candidate and actor Jaya Prada, saying politicians must apply their minds before speaking on women’s issues.

“It is always easy to hit at a woman when you talk about other things which don’t become part of the conversation or which are not germane to the discussion. You easily pick up on things which are very personal or are gender specific and not called for at all. I find that coming very easily without a thought,” she said.

Strongly condemning Khan’s sexist jibe, the defence minister said that there should be some kind of “momentary application of mind” at least, before one enunciates anything, adding that women politicians often bear the brunt of unwarranted, sexist remarks from their male counterparts.

On Sunday, Samajwadi Party (SP) leader Khan had said in a public rally that “I brought her to Rampur. You are a witness that I did not allow anyone to touch her body. It took you 17 years to identify her real face but I got to know in 17 days that she wears khaki underwear.”

The Defence Minister further asserted that there should be mutual respect among politicians for one another. “We have to draw a line. Irrespective of the party line I think we have all learnt from good public discourse. It should be in the back of our minds what we talk about in politics as that is the legacy we leave behind for the next generation and we have a responsibility towards it,” Sitharaman said.