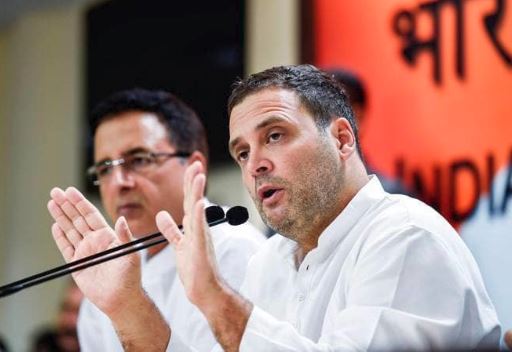 Ministry of Home Affairs issues notice to Congress President Rahul Gandhi over his citizenship after receiving a complaint from Rajya Sabha MP Dr Subramanian Swamy; MHA asks Rahul Gandhi to respond in the matter within a ‘fortnight’.

MHA asked Rahul Gandhi to clarify his nationality on Tuesday after being cited on a British company’s document to allege that the Congress President is a British National. In the letter addressed to the Congress Chief the ministry says that Rahul has declared his nationality as British in an annual return filed Backops Limited.

The Ministry sought Rahul’s response in a fortnight. “You are requested to intimate the factual position in the matter to this ministry within a fortnight of the receipt of this communication,” the ministry wrote.”

Earlier in this month Bhartiya Janata Party had raised a question on Rahul Gandhi’s citizenship, citing the same documents. BJP had alleged that in a company named Backops Limited, which is registered in London, Rahul served as director.

“The official documents submitted by this company to the British authorities are in the form of a memorandum of associations and annual returns period ending August 21, 2005. So documents submitted to the British authorities in 2005 clearly showed that he was a citizen of the UK. And if he was a citizen of the UK, then he would have automatically lost the Indian citizenship because Citizenship Act 1955 clearly states that any citizen of India acquiring citizenship of any other country automatically forfeits citizenship of India,” the party said.