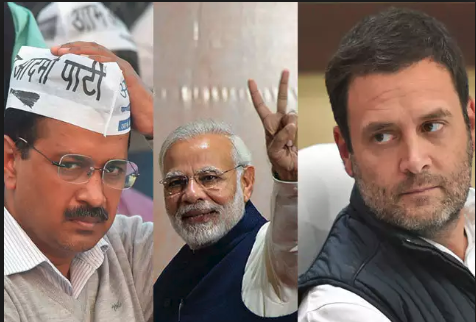 NDA second list – NDA released its second list of candidates for Lok Sabha Polls containing 36 names. It included 23 nominees for Andhra Pradesh where polling will be held in the first phase on April 11. The list announced late on Friday night also contained names of six candidates for Maharashtra and five for Odisha. Also, one candidate each for Assam and Meghalaya has been announced in the list. BJP national spokesperson Sambit Patra will contest the general election from Puri parliamentary constituency in Odisha.

Narendra Modi ‘s campaign – Prime Minister Narendra Modi’s first election rally in Maharashtra will be on 28 March. The saffron party is contesting 25 out of total 48 seats in alliance with the Shiv Sena, which will fight on rest of the seats. The party has already announced candidates for 22 parliamentary seats.

Rahul Gandhi’s campaign – Meanwhile, Congress president Rahul Gandhi is scheduled to address the ‘Jan Bhawna Rally’ at Rangbhumi Maidan in Bihar’s Purnea district at 12:30 pm, just a day after the mahagathbandhan seat sharing was announced in the state. Later in the day, Rahul will kick off his first Bengal rally where he will speak at a public rally at Kolam Bagan Ground in Malda, North Bengal.

The Congress and the Nationalist Congress Party along with their allies will hold a press conference for the Mahagathbandhan in Maharashtra at 4 pm. The presser will be attended by party veterans Ashok Chavan, Sharad Pawar, Raju Shetti among others, where in all probability, they will announce their candidates and the alliance formula for the state with 48 Lok sabha seats.

AAP – AAP leader Gopal Rai again rejects speculation of the party’s alliance with Congress. Speaking to News18, he said, “We have already told you that no talks are going on and AAP. We will defeat BJP and get full statehood for Delhi. We are not thinking of any ‘gathbandhan’. A lot of time has been lost. People have to cast their votes, they need full statehood. We will fight along with people of Delhi.”

Aam Aadmi Party will begin its first phase of campaign in Delhi with a road show likely from West Delhi’s Rajouri Garden. The bike rally is expected to start at 11 am which will be led by AAP leader Gopal Rai.