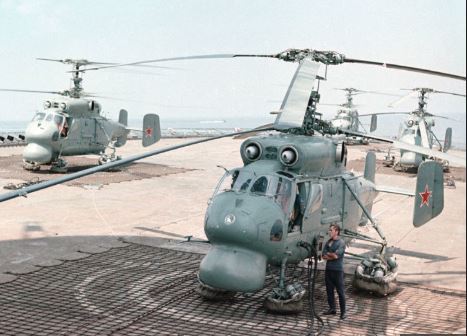 Seeking to strengthen capabilities against aerial threats to its aircraft carriers and large warships, the Indian navy has moved a proposal to acquire 10 Kamov-31 choppers from Russia.

“The Defence Ministry is scheduled to take up over Rs 3,500 crore proposal for buying around 10 Kamov-31 Airborne Early Warning and Control choppers for the aircraft carrier operations and deployment future warships of the Gregorivich class,” Government sources told ANI.

A high-level defence ministry meeting is also scheduled to discuss the revalidation of an Indian Coast Guard proposal for acquiring six maritime surveillance aircraft based on the C-295 aircraft platform which is likely to replace the Avro transport planes in the Air Force.

The Navy already has a fleet of 12 of these Kamov-31 choppers which sanitize the air space around the aircraft carriers and destroyers operating in open seas.

For the anti-submarine warfare operations, the Navy has a fleet of Russian Kamov-28 choppers along with the Seaking choppers which were procured long back In the 1980s and need to be upgraded for future operations.

The Government has not let the election season affect the military modernization plans as Defence Acquisition Council and Cabinet Committee on Security meetings are being held regularly to clear important acquisitions for the forces.