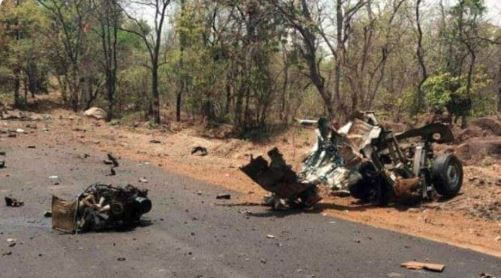 Hours after Maoists set ablaze around 30 vehicles in Maharashtra’s Gadchiroli, 15 security personnel were killed in an IED explosion on Wednesday — making it the 53rd incident of Maoist-related violence across the country this year, according to data compiled by the South Asia Terrorism Portal (SATP).

According to South Asia Terrorism Portal (SATP) data, at least 107 persons have been killed in Left Wing Extremism (LWE)-linked violence across the country in 2019 (updated with recent Gadchiroli attack).

“Maoists attacked a team of commandos travelling in a private vehicle to inspect an earlier attack. So far 16 men have died,” an official at police headquarters in Maharashtra told news agency AFP. “More teams have been sent to site for rescue and combat operations,” said the officer, who did not want to give his name.

Prime Minister Narendra Modi tweeted, “Strongly condemn the despicable attack on our security personnel in Gadchiroli, Maharashtra. I salute all the brave personnel. Their sacrifices will never be forgotten. My thoughts & solidarity are with the bereaved families. The perpetrators of such violence will not be spared.”

Home Minister Rajnath Singh spoke to Maharashtra Chief Minister Devendra Fadnavis about the incident. “We are providing all assistance needed by the state government. MHA is in constant touch with the state administration,” he tweeted, condoling the deaths.

Subodh Jaiswal, DGP Maharashtra: We are prepared to give a befitting reply to this attack (Gadchiroli Naxal attack); Operations are going on in the area to ensure that no further casualties take place. He further also tweeted that more information is awaited and it not right to consider this as an failure of Intelligence.

Congress President Rahul Gandhi has showed grief over the most cowardly naxal attack of this year.