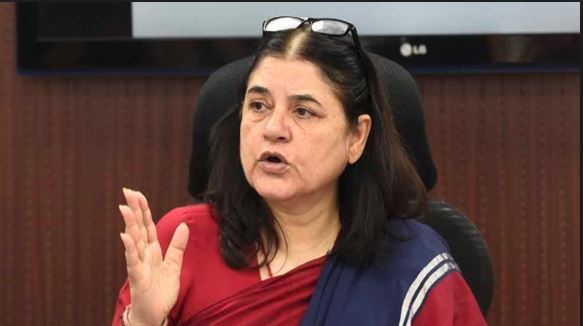 The Election Commission on Monday censured Union minister Maneka Gandhi for the “ABCD formula” that she said will be used out to categorize villages where the BJP will carry out development work based on the percentage of votes the party would get from those villages.

The EC in its letter to Gandhi, said that “based on the available evidence and material facts in the matter before EC, hereby, strongly condemns the impugned statements made by her (on 14 April in Sultanpur’s Sarkoda village) and warns her not to repeat such misconduct in future”.

Recently, Menaka Gandhi had stirred controversy as she addressed Muslims and told a crowd that she will not be inclined to help Muslims if they do not vote for her in the upcoming polls. “I am winning the election… With the help and love of people. But if I win without help from Muslims, the feelings are soured. Then when Muslims come seeking jobs, I will think let it be, what difference does it make? After all, jobs are a kind of trade. We are not like Mahatma Gandhi — that we will keep on giving, and then keep getting beaten in elections,” Gandhi had said.

The EC had barred the minister from campaigning for two days following her speech.