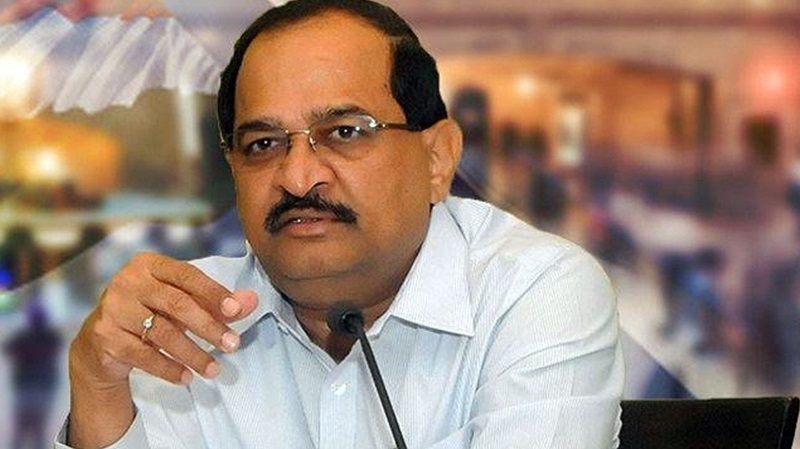 Congress leader Radhakrishna Vikhe Patil turned out as an embarrassment for Congress as he has begun holding private meetings to build support for his son, Sujay, who recently crossed over to the BJP.

The BJP has fielded Sujay Vikhe Patil from the Ahmednagar Lok Sabha seat, a move that sent shockwaves through Maharashtra politics. Vikhe Patil senior was expected to follow the similar path but stayed back in the Congress.

Since a news channel came across him campaigning for his son in the rural part of Ahmednagar. Mr Vikhe Patil addressed a gathering of over a hundred farmers in the courtyard of a private bungalow in Rahuri town, an hour outside Ahmednagar city.

No media was present at the gathering and news channels were asked to stop filming. Mr Vikhe Patil told the media that he is holding meetings in his personal capacity, and that he has informed the Congress high command and said, “very much with the Congress”.

In a short speech, he targeted Nationalist Congress Party (NCP) leader Sharad Pawar, an ally of the Congress in Maharashtra. Mr Pawar’s party had denied the Ahmednagar seat to Sujay, claiming it as part of the NCP quota. Locals believe the real reason dates back to an old political feud between Mr Pawar and Mr Vikhe Patil’s father, the late Balasaheb Vikhe Patil.

The Vikhe Patil family controls a number of sugarcane mills in the district, giving them considerable political influence. Many of those in today’s gathering were cane farmers linked to those mills. “We are all now with the BJP,” a report said.