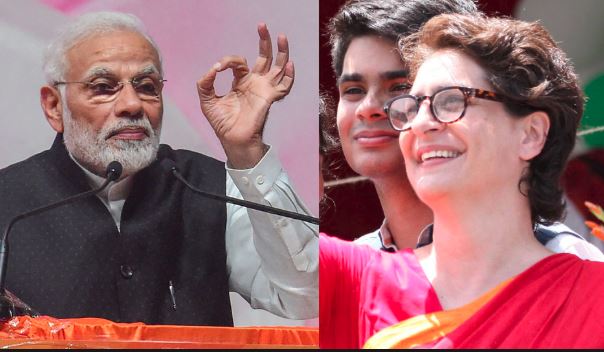 Priyanka Gandhi, not contesting in Varanasi

Priyanka Gandhi, not contesting in Varanasi

After the constant speculations that Priyanka Gandhi Vadra is to contest from Varanasi against Modi, Congress Party on Thursday has decided to field Ajay Rai as candidate from Varanasi seat.

The decision left many in Varanasi, who had laid store in the Congress fielding a stronger candidate, disappointed. Earlier this month, several smaller parties and activist groups, including those opposed to the Congress, had given a call to the opposition to field a common candidate against Modi.

Many Samajwadi Party (SP) and Bahujan Samaj Party workers had also hoped the Congress would field Priyanka, or a respected local face, to challenge Modi. Apart from 49-year-old Rai, who has been a party hopper, Sankat Mochan temple priest VN Mishra was inclined to contest.

Priyanka had earlier said that she will be happy to contest from Varanasi if asked by her brother and Congress president Rahul Gandhi. Taking a dig at Priyanka after the announcement, BJP leader GVL Narasimha Rao claimed she “chickened out” of the contest after toying with idea.


The Congress says the party needs Priyanka to campaign in its “winnable” seats for the next four phases, instead of getting bogged down in one seat of Varanasi, which in any case is going to be impossible to win. It believes it has an opportunity to win at least five of the 18-seats, and hopes to win as many as 10. For that, it needs Priyanka to campaign vigorously in these seats, while Congress president Rahul Gandhi campaigns in rest of the country.