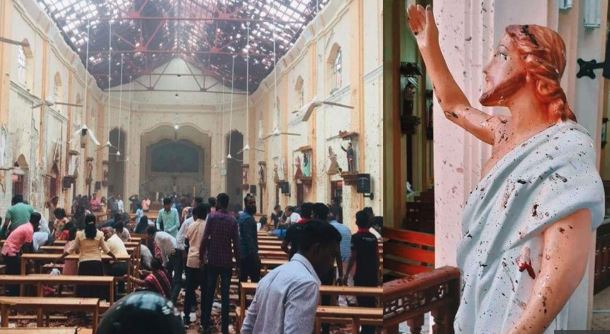 The Shri Lankan Police caught 9 Pakistani nationals held responsible for the suicide bombings at Shri Lanka on the Easter Sunday morning. It left 359 people dead and hundreds were injured. According to initial reports, the arrested Pakistani nationals are suspected to be involved in the suicide bombings. 16 more suspects were detained on Thursday, taking the number detained since the terror attack to at least 76.

At least 18 suspects were taken into custody on Wednesday as security operations continued, Police Spokesperson Ruwan Gunasekara said. The Islamic State or ISIS terror group on Tuesday claimed responsibility for the attacks. A minor explosion also occurred in the outskirts of the Sri Lankan capital on Thursday, although there were no reports of casualties or damages in the incident.

The explosion occurred at around 9 am in a garbage dump behind the Magistrate’s Court in Pugoda, some 36 km from Colombo, reports Xinhua news agency. It all began with six coordinated bombings at 8:45 am on Sunday at three luxury hotels in Colombo and three churches around the country during Easter services.  A few hours later, a seventh blast rocked a small hotel near the Dehiwala Zoo, about 12 km south of the capital, while an eighth explosion took place at a residential compound in Dematagoda in Colombo. Most of the victims were Sri Lankans, although authorities have confirmed at least 38 foreigners were also killed. These included British, US, Australian, Turkish, Indian, Chinese, Danish, Dutch and Portuguese nationals.