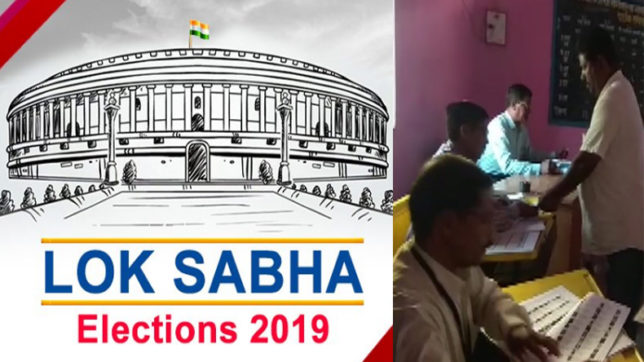 Voting commenced at 95 Lok Sabha seats in 11 states of India along with the Union Territory of Puducherry. Tamil Nadu holds the key in the second phase of Lok Sabha elections that began on April 11 and will continue till May 19.

Glimpse of the Updates:

Besides Tamil Nadu, the elections are taking place for 14 Lok Sabha seats in Karnataka, 10 in Maharashtra, eight in Uttar Pradesh, five each in Assam, Bihar and Odisha, three each in Chhattisgarh and West Bengal, two in Jammu and Kashmir and one seat each in Manipur and Puducherry. Voting for 35 assembly constituencies is also taking place in Odisha.

Technical glitches delayed the start of polling in a number of booths in Tamil Nadu and Bihar. Polling in Vellore, which was slated for today, stands cancelled owing to the abuse of money power. Also, voting in East Tripura constituency has also been deferred from April 18 to April 23 as the Election Commission cited security concerns and informed that the situation is not conducive in the northeastern state for the polling exercise to take place.

There were reports of violence in north Bengal’s Islampur in which CPM candidate Md Salim’s vehicle was attacked allegedly by miscreants.

Prime Minister Narendra Modi appealed to the voters to come out in large number and exercise their franchise. PM Modi tweeted, “Dear Citizens of India, Phase 2 of the Lok Sabha polls start today. I am sure all those whose seats are polling today will strengthen our democracy by exercising their franchise. I hope more youngsters head to the polling booths and vote!”

In the early hours of voting, several high-profile politicians and other personalities cast their votes. Among the early voters were Tamil superstar Rajinikanth, actor-turned-politician Kamal Haasan and his daughter Shruti in Chennai.

Development in Mathura is all due to my efforts, says Hema Malini

Omar Abdullah and father Farooq Abdullah after casting their votes in Srinagar addressed the media. “These elections have been significantly different from by-elections in which Farooq Abdullah won. In these elections, thankfully, the electorate has been far more receptive, I don’t know if it will impact on the turnout. I only hope that the Centre with EC gives the people of J&K an elected government,” said Omar Abdullah.

When you vote today, remember that you vote for Nyay, says Rahul Gandhi in his tweet

Over 15 crore, 79 lakh and 34 thousand voters will decide the fate of 1629 candidates. More than 1 lakh 81 thousand polling booths have been set up for smooth conduct of polls.